MR Akshay Kumar is the famous actor of the Bollywood. Akshay Kumar is one of the self-made actors in Bollywood. Who has earned his name on the basis on his hard work and talent. There are few secrets facts of AkshAy Kumar.
Fact 15
Before becoming popular Akshay Kumar has also worked in Mahesh Bhatt’s film ‘Aaj’ as a martial art instructor
in which his face was not shown but his name in the movie was Akshay. So he decided to keep his On Screen name Akshay Kumar. By the way, his real name is Rajiv Hari Om Bhatia.
Fact 14
Akshay Kumar’s father has worked as an accountant in United Nations and before that, he also served in the Indian Army and his name is Hari Om Bhatia.
Fact 13
Akshay Kumar learned martial arts, inspired by his neighbor. In an interview, Akshay told that when he was in class 10
his neighbor used to show off by showing his martial arts then Akshay decided to learn martial arts and he learned martial arts in Bangkok.
Fact 12
Akshay’s life story and his struggle inspire us a lot he learned martial arts in Bangkok and worked as a waiter in a restaurant there and he used to buy jewelry of Kundan from Delhi and sold in Mumbai. He also worked as a travel agent in Kolkata and also worked in a hotel in Dhaka (in Bangladesh).
Fact 11
When Akshay was teaching martial arts in India. One of his student’s fathers selected him for a furniture advertisement. He worked only for 2 hours in AC and got Rupees 21,000 cheque .So Akshay decided to work as a full-time model.
Fact 10
To become a professional model a professional photo shoot is required but at that time Akshay could not afford the charges of the studio. So he along with a photographer decided to do a photoshoot in front of a wall of a building.
But a guard drove him away from there. Akshay later purchased that building and also told that it all happened unintentionally and it was just a coincidence.
Fact 9
Akshay’s first film for which he shot was ‘Deedar’but the movie release date was postponed due to some reason
and his film which was released was ‘Saugandh’.
Fact 8
To get a good photo shoot he worked as an Assistant photographer with Jayesh Seth for 2 and a Half years.
Whose fees he couldn’t afford charges that’s why Akshay asked him that if he would do his photo shoot he will work for him free of cost.
Fact 7
While shooting for the movie ‘Singh Is Bling’. Akshay saw many houses in Punjab without paint so he decided to paint all the houses.
Fact 6
Akshay has done shooting for the movie ‘Meri Biwi Ka Jawab Nahi’ in 1994. But the climax scene shooting was not completed due to some reason and after 10 years the movie was released without any climax.
Fact 5
Akshay Kumar has also given an audition for the role of Deepak Tijori in the movie ‘Jo Jeeta Wohi Sikander’
but was rejected in the auditions.
Fact 4
Akshay also has a love for his old things and people. He has his first car and bike with him and you all have seen his friends in the popular comedy show ‘The Kapil Sharma Show.
Fact 3
Akshay Kumar lives a disciplined life he wakes up at 4 in the morning and sleeps before 9 at night. He told that this disciplined routine helped him to complete his movie within a month.
Fact 2
You all have watched the fight scene with Undertaker in the movie ‘Khiladiyon ka Khiladi’ but the Undertaker shown in the film was not the real Undertaker. He is identical to Undertaker his name is Brian Lee.
Fact 1
In the fight scene shot with Undertaker Akshay Kumar got an injury on his backbone and he was treated in America for several months.

Why Emma Stone and Andrew Garfield Broken Up 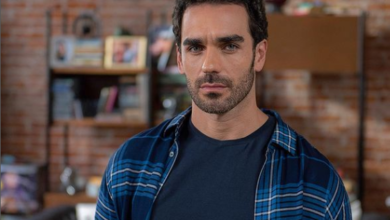