The first scene depicts African woods where a “Motaba virus” is propagating.

We are observing the arrival of scientists and doctors.

After that, they return.

Within a short period of time, we learn that American army Generals have ordered,

that this town is demolished with a blast.

So that virus may be stopped to spread.

Now the movie takes us further after 28 years.

And Where we meet “Dustin Hoffman” one of the main characters.

who is performing a character of Col Sam.

Sam receives a call by General within a few time,

in which they tell the details of level 4.

Level 4 is basically a disease with a higher risk of dying.

In order to get more details, Sam goes to meet Colonel.

Major Salt has the first mission with Col Sam.

And reaching in African forest where this virus is broken out, they are gone upset because the situation has gone worst.

Many people are dying and vomiting blood.

Seeing it, Major Salt is much worried and begins to weep to take off his helmet.

And here they meet a random person who says, this virus is not spread through the air.

they return back to their country Britain collecting all samples.

While testing this sample of the virus in his high technology laboratory, COL Sam and his team know, this virus is Motaba.

The same virus spread 28 years before.

It means, this virus doubles within an hour.

And human being loses his life if the cautions are not taken within 24 hour.

And the peculiar fact of this virus reveals that,

it is neither spread by touching nor by air.

Further investigations clear, this virus has spread through the monkeys

And on the other side, we see that the scientists are still moving to their countries

taking the monkeys from Africa for the medical experiments.

Sam tells everything to his seniors.

In the next scene, we see that Sam declares, this disease has spread through monkeys.

And the animals’ foreign trade should be banned from Africa.

Because it is a matter of high risk.

Sam’s seniors do not take him seriously disregarding him.

Now we see a man who smuggles a monkey from Africa to California.

And while drinking water on the way,

monkey throws water on that person from its mouth.

This smuggler name is James Scott.

James leads to an animal shop for selling this monkey.

When that person is checking monkey,

it scratches and he gets wounded blood injury.

When the shopkeeper inspects that it is a female monkey, not a male monkey.

Returning it back, he says that I need a male monkey not a female.

This monkey has a banana in its hand which another monkey eats snatching it.

Here is also being cleared that this

monkey becomes the cause to spread the virus in Scott,

shopkeeper and another monkey that ate its left banana.

When the monkey is not sold,

Scott frees it in a nearby forest.

Releasing it, he thinks to go back.

He has to take his flight.

Sitting on a plane, he does not feel good.

And he embraces his friend as he reaches Boston.

At the same time, Scott loses his senses and collapses on the airport.

On the other side, we see that shopkeeper

who was wanting to buy monkey admits in a hospital in sick condition after vomiting blood.

Here the blood of that shopkeeper is being tested by the lab assistant.

And during this lab test, blood is touched on his face.

And he hospitalizes himself.

Because he is sensible and hopes about his recovery soon.

In the next scene, we see Rubby who is the wife of COL Sam.

She is doctor by profession.

Rubby, who is aware of Scott’s existence, rushes to meet him.

But Scott is dead before she reaches there.

When Rubby Takes Postmortem test, his all inner parts of body are filled with water.

It is a unique case for her and she shares it with her husband Sam.

we will issue the high alert.

Now we notice that the same lab assistant goes to cinema for movie watching with his friend.

Where his health state is gone bad,

As a result virus spreads to other people.

But taking it a normal cough, he realizes nothing till now.

As he goes outside to drink water, he falls down and then hospitalizes.

Scott and lab assistant are not only infected

but other people also begin to get infection.

This disease is spreading gradually

Rubby visits with her team in those hospitals where the the majority of cases are as such.

On the other side, COL Sam also arrives in California.

Because California is infecting above all.

Now we also notice that Brigadier General Billy Ford is talking with his associate member.

That associate member suggests the only solution is to destroy the California.

So that the virus may not spread in other cities.

But Billy Ford says, we will rescue everyone.

And after this call, California is surrounded by the US army.

So no one may step out the city or step in the California.

In a meeting, Sam And Rubby knows that virus is also spread through air.

Because a person was also infected who was far from the virus infected people.

While meeting, it is finalized by team through different experiments,

this virus may spread through air and now it has come by animals.

The situation of the city is gone worst and there is a disturbance.

Some people try to escape.

But army interferes and does not allow anyone to step out and puts into quarantine camping.

or the doubtful people regarding it in order to overcome the outbreak of the virus.

And other cities may also save.

Now we see that Rubby visits an infected store that has the infected animals.

from where she brings that infected monkey for a check-up.

Check-up declares that the monkey has not antibody in his body that could accept the virus.

Because It is the same serum that was given 28 years.

Because this disease had also its roots in past.

But patient is not receiving any effect .

This virus is perhaps stronger than past.

This serum is not giving its results and patients are begun to die.

Now Sam brings that serum into a laboratory for experiment.

Handing over serum to his co-worker Major Salt,

he asks him to check its details and give it to that monkey.

At one side, US army announces to the people if they are suffering from flue,

cold, coughing or have any doubt of sickness,

Then adjust a white clothe exactly outside of your house.

and brings the infected people with it for their treatment.

The media broadcasts all these incidents thoroughly.

On the other side, COL Sam’s partner Kasy is experimenting in the laboratory.

Experimenting, his suit is torn by mistake.

It is a protective suit but after it’s tearing apart, his protection is in doubt.

Because he is near the place of the virus so infected.

But he does not mention this virus to anyone.

On the other side, we see the US president is taking a meeting.

This meeting includes the general who suggested to Billy that he destroy California.

It means, it is legally granted to destroy California.

Because if it does not happen, this disease will expand in other cities.

And it is out of this sense that we endanger the lives of millions of people while saving the lives of 27000 Californians.

Here COL Sam and Rubby converse with each other

suddenly they notice the active standing monkey which is playing.

Seeing it, they are excited concluding after a little experiment

that the given serum E-1101 to monkey is the antidote of this disease.

This was the same serum that was made to cure the Africans.

But this virus has prevailed in California at a high level, so it is not affecting on many people here.

This antidote is of no use.

As a result, people are dying.

And Kasy in the lab, whose suit is torn suffers a heart attack

Kasy’s partners take him to a nearby hospital admitting him.

A virus is also transmitted into Rubby while injecting him.

Because Kasy has not told to anyone that he is also infevted with this virus.

Now Kasy and Rubby are both infected by this virus.

Sam moves to meet Billy Ford in next scene.

Billy informs Sam that the US president has decided to blast the whole of California with a bomb tonight.

And he also tells,

when the USA was preparing the biological weapon, it was spread among the Africans.

Moreover, Kasy is also no more.

Sam thinks up an idea as getting an African monkey,

the antidote may be made by mixing the antibody with this serum which will be effective for all.

After great research, it is declared that a monkey had smuggled and is in the nearby forest.

He goes to that forest and after a great difficult, searches it.

Now they get monkey and after experimenting ,

Sam and his team become successful in making an antidote.

Let me tell you again,

They already had serum, which was ineffective on its own, and no antidote was available.

Now they have antidote and serum so mixing them

they get the remedy which is 100% effective medicine to cure this virus.

Now Sam treats his wife Rubby with this medicine because Rubby is also sick.

Rubby recovers and they know gradually while monitoring her.

It means, they have prepared the medicine to prevent this virus successfully.

We notice the time is quarter 8 o clock.

Because a plane had to attack California throwing a bomb at 8 o clock.

Now both Salt and Sam board in an helicopter

so that they may stop that plane at any cost.

contacting that pilot, Sam forbids him to throw the bomb but he does not agree.

Then interfering, General Billy stops the pilot to throw the bomb in the city.

Further, we see a General who has provided the wrong information to president saying

that there is no serum or antidote for this epidemic is being arrested by General Billy.

While our research work was working completely.

And its serum is ready.

According to rule, no bomb can be blasted in any city in such case.

That General Donald had hidden from his president.

General Donald is jailed as a result of his bogus claim.

The virus medicine is made commercially and distributed among people.

And all infected people recover with the passage of time.

and a hope of life comes in all people.

And the movie ends here.

How do you feel about this movie? 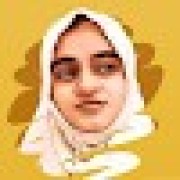