Quaid-e-Azam Muhammad Ali Jinnah is the father of the nation and the founder of the Islamic Republic of Pakistan. He gave a great gift to the Muslims of the subcontinent in the form of an independent homeland. Whose personality was of a high and ideal character? Quaid-e-Azam became the first Governor-General of Pakistan and as Governor-General Quaid-e-Azam used to get only one rupee as his salary. Quaid-e-Azam Muhammad Ali Jinnah came to this planet on December 25, 1876, in Karachi. Quaid-e-Azam Muhammad Ali Jinnah, due to his prudence, understanding, political foresight, and constant struggle, not only crushed the British but also gave the Muslims an independent state on August 14, 1947. Which was named Pakistan. Quaid-e-Azam Muhammad Ali Jinnah’s father’s name was Jinnah Bhai Punja and his mother’s name was Mithibai Jinnah. Quaid-e-Azam’s siblings included Rehmat, Maryam, Ahmad Ali, Bunde Ali, Shireen, and Fatima Jinnah. Muhammad Ali Jinnah had two marriages. Namibia Jinnah and Maryam Mlias Rattanbai Jinnah were the spouses of Quaid-e-Azam. The only child of Quaid-e-Azam was Dina Jinnah, who was born from the Womb of Maryam alias Rati Bai. Dina Jinnah, daughter of Quaid-e-Azam Muhammad Ali Jinnah, married Neville Wadia a young Christian of Persian descent. It’s not like for no reason everyone appreciates the intelligence of Qaed e Azam. He used to reserve two berths for himself during the train journey. Once someone asked him the reason for this. In response, he narrated a story that I used to allocate only one berth. Once I was traveling from Lakhnow to Bombay by train. The train stopped at a small station. So a British Indian girl sat on the second berth with me. Since I had reserved only one berth. So I kept quiet. The train picked up speed. So all of a sudden the girl said give me everything you have. Otherwise, I will pull the chain. I will tell people that you are trying to harass me. I didn’t pick up my head from the newspaper. She repeated. I was silent again. When she finally shook me, so I raised my head and gestured. I am deaf. I can’t hear anything. Write down what you have to say. she wrote a piece of paper and handed it to me. I immediately pulled the chain and handed over her and the letter to the railway authorities. From that day onwards, I have always reserved two berths.

Once Quaid e Azam Muhammad Ali Jinnah Was addressing the students of a school and college. A Hindu boy stood up and said to you. Why do you want to divide us by partition of India? What is the difference between you and us? for a while, Jinnah kept quiet So the students start squeezing sentences on you. Some of them said you don’t have the answer to this question. Then from all sides, the hustle and bustle of Hindu boys were heard. Quaid e Azam asked for a glass of water. You drank some water and put it on the table. You called a Hindu boy and asked him to drink the remaining water. The Hindu boy refused to drink the remaining water. Then you called a Muslim boy. When he gave the same leftover water to this Muslim boy So he drank that remaining water.
Then he addressed all the students and said this is the difference between you and us. Everybody was silent. Because the difference was crystal clear. Muhammad Ali Jinnah never abused anyone.
Never insulted anyone like the leaders do today. He was so humble person. Such was our leader Quaid e, Azam Muhammad Ali Jinnah. 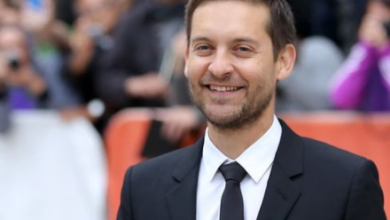 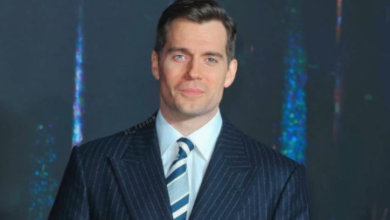